Not an actual historical craft they claim

Well-known brand Revell has been long in business and are still popular with their model kits. It is now expresses regret for the Nazi UFO Haunebu II product and will pull it down from stores shortly.
The model is based on a theory that Hitler build a technology that emulates UFO technology. Revell thinks that the vehicle is only fictional and nazi-themed and makes it clear that this military flying saucer never existed in the first place and that it takes the image from the company down.

Nobody knows the source of the criticism but Revell decided to stop production of the model kit entirely and apologised. 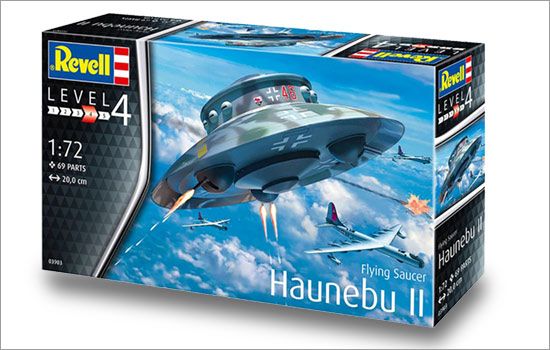 @BlizzardCS 50 billion revenue per year and still not capable to implement a proper IT network infrastructure. Does… https://t.co/upx1pDBANO

Browse through the most documented UFO sightings in history. Each file contains details as location, witnesses and year.

Unabridged list of mainstream researchers who have shown interest in the UFO phenomenon.

UFO Weekly News looks out for the latest reports about UFO's around the world. Don't miss out and follow us on twitter now!