Another case that gives a good example of not only a UFO sighting, but also of trace evidence, is that of forestry worker, Robert Taylor. Also known as the Dechmont Woods encounter, this case was the first UFO sighting to be investigated by the Scottish Lothian and Borders police force and is one of great credibility and interest for UFO investigators due to the character of the man who claims to have witnessed the phenomena. Known locally as an honest and reliable man and a highly respected member of the community, Robert Taylor was considered to be a man who would never make up such a story and throughout his years he never requested any payment or publicity for telling his story continuing to claim it was entirely true until his sad death at the age of eighty-nine. The site of the encounter on Dechmond Law, which is Hill in Scots language, has in recent years also become a popular spot for UFO enthusiasts and there is now a plaque and a small statuette on the place where the encounter was reported to have taken place.Taylors story began at approximately 10.20 am on the 9th of November 1978, when he was at the time working for the Livingston Development Corporation. His task that morning was to check the progress of some sampling that was being carried out, and so he left his truck by the side of the M8 road and proceeded on his journey to the area by foot, accompanied by his trusted red setter dog, Lara, as there were no roads leading to the place.

Object witnessed by Robert TaylorOnce he had been walking for approximately five-hundred meters, Taylor noticed up ahead of him a very unusual site, a large circular object that was approximately twenty feet in diameter and appeared to be either hovering just slightly off the floor or was sitting on the ground, it was difficult for him to determine which due to the grass and surrounding foliage. The object remained completely stationary and was making no sound.
On getting a closer inspection of the whatever it was he was witnessing, Taylor noticed that it had a narrow rim around its center, which then had stem-like rods with propellers on the tops of them. The surface of the object was a dark metallic material and there were sections of it that appeared to be transparent in a way. The surface he gathered was course, like the texture of sandpaper and he believed that the transparency of it was an attempt to blend in with the surrounding environment.
Out of curiosity, Taylor began to move closer to the object and it was as he did so that from the bottom of it appeared two smaller objects, which seemed emanated quickly from its bottom half and immediately they began to make there was towards him by rolling across the ground. Taylor describes these objects as being much smaller, about three feet across, made of the same material as the larger, and they had the appearance of land-mines, with appendages coming out from all sides.
As these smaller objects came towards him, Taylor claimed that they made a sort of plopping and sucking sound as the appendages made contact with the ground.
They came up to his side and then using again the appendages, they attached themselves to his trousers with a puncturing effect, just below the pockets, and then they began to make a sort of hissing sound. Taylor then became aware of a very strong smell in the air and it made him start to feel like he was choking in it.
He believes that the smaller objects were emitting a kind of gas, which smelled of burning automobile brake linings. Taylor then felt himself begin to feel faint and it was then he believed he passed out and fell face down on the floor and the smaller objects began to pull him across the ground towards the larger object.
He did not know for sure at the time how long he had been unconscious for, but when he regained himself he saw that all three of the objects had gone and it was just he and his dog left and she was barking ferociously at the area where the object had been. Taylor felt very weak and struggled to get himself off the ground and when he tried to talk to the dog to calm her, he also had trouble speaking properly. After a while he managed to raise himself up off the ground slightly and he then crawled slowly to his truck. The stories vary at this point, with some saying that the truck would not start and other sources claiming that he could not drive because of the state he was in and instead ditched the truck in soft mud, whichever is correct, it is known that Taylor tried to contact help on his two way radio, but still could not speak and in the end he ended up setting out on foot and struggled to find his way home.

effects after the encounter 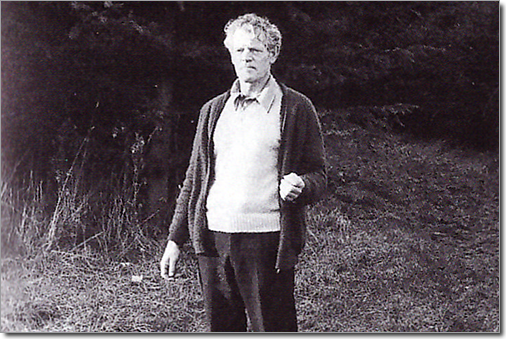 Robert complained of headache and weakness after the encounter.He eventually reached there at approximately eleven that morning and was met there by his wife. Shocked by the state he was in and being very concerned for her husband, she immediately rang for the police, thinking that he had been the victim of a vicious attack, but Taylor intervened and insisted that she fist get in touch with Malcom Drummond, who was the supervisor at the Livingston Development Corporation.
While waiting for the arrival of Drummond, Taylor complained of a severe headache and weakness and kept telling his wife that he had been gassed, only adding to her concern for him.
When Drummond eventually arrived, Taylor was beginning to recover from his frightening ordeal and later that afternoon he felt well enough to take Drummond back to the spot so they could carry out an investigation of the area. What they found puzzled the men very much as there was an array of unusual markings in the area which could not be explained. Flattened grass and indentations on the ground formed a large circle and then inside this there were two marks on the ground that were similar to as if two ladders had been pushed firmly into the floor. Surrounding this there were then forty smaller holes in the ground that were in a sort of pattern of clockwise and anti-clockwise sequences, as if they were from the smaller objects and were the markings from where they left and returned to the larger object. What was also unusual, was there was a complete lack of any tracks leading to or from the spot, which would have usually been present with others of such a high density on the spot. Many photographs of the markings were taken by the staff of the Livingston Development Corporation.

The police were eventually called upon to investigate what Taylor had claimed had happened to him and due to lack of any other option and due to the severe nature of the event, they recorded the incident as a common assault. The police would also examine the trousers that Taylor had been wearing at the time of the incident and they confirmed that they were ripped in a manner as if sharp objects had been attached in an attempt to lift Taylor off the ground and subdue him.
A doctor was also called in to examine Taylor though he found only grazes on his chin and thighs, thought for many days after, Taylor did complain of being constantly thirsty and also he continued to smell the strong aroma that was present during the encounter. These symptoms would pass after a while though and he would not suffer from any long term problems from the phenomena he witnessed.
This case is one that is very intriguing for many factors, the most obvious being the character of the eyewitness, Robert Taylor, who was such a well-respected member of the small Scottish community and a man who was deemed by all who knew him to be one who would not fabricate such a story. Whatever Taylor witnessed that day, he would stay adamant of its authenticity for the rest of his life.