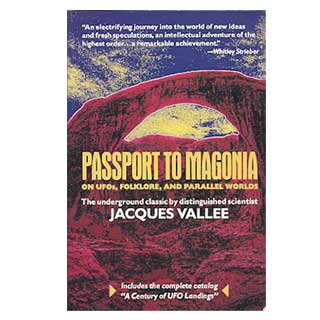 Jacques Vallee shook the very foundations of ufology when this masterpiece was published by claiming that nuts-and- bolts crafts and alien visitations having a striking similarity with demonic visitations, fairy tales, elvish mythology and that UFO technology seems to precede ours.
The author proposes that reports of flying saucers are “folklore in the making” and must be studied as such. The UFO community did not react well on this idea and considered Vallee a heretic. This masterpiece forces anyone who is interested in UFO’s to look upon the phenomena in a new light. The last chapter contains a complete catalog of 900 cases around the world. Get your hands on this book while you still can.