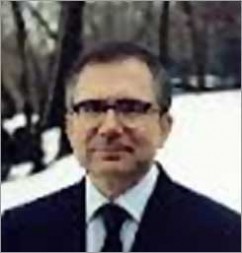 George P. Hansen was professionally employed at the Rhine Research Center in Durham (North Carolina) and at the Psychophysical Research Laboratories in Princeton (New Jersey) for a total of eight years where he conducted experiments in remote viewing, ganzfeld, card guessing, electric random number generators, séance phenomena and ghosts. He has been active in psychic, UFO and New Age organisations and helped founding a skeptics group.

His publications in scientific journals cover mathematical statistics, fraud and deception, skeptics movements, conjurors in parapsychology and exposing hoaxes. He is a member of the International Brotherhood of Magicians.

He spend the last few decades researching the paranormal and psychical field and this resulted in the book “The Trickster and the Paranormal”, which states that these phenomena are associated with processes of destructuring. George P. Hansen is not taking the position as a ufologist as such but his research is clearly showing that the UFO phenomena has a trickster-feat and is closely related with deception, which was also one of the conclusions of Jacques Vallee in “Messengers of Deception”.