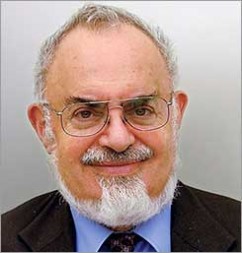 Stanton Friedman was born in July 1934. He is a physics graduate of the University of Chicago and a well known ufologist. In the seventies Friedman left his career in physics to pursue the investigations of UFOs. Friedman has an active role in ufology today and has given lectures in the subject to over six hundred colleges in the United States, written over eighty papers and acts as a consultant on the topic. He has an impressive reputation having spoken more than any other person at the MUFON symposium. He also is well respected in his community with the City of Fredericton, New Brunswick declaring a Stanton Friedman Day on the 27 August 2007. Friedman additionally has a political presence; he provided written testimony to Congressional Hearings and has appeared in front of the United Nations twice.

Friedman has published a large amount of material on ufology with monthly columns in the Mutual UFO Network (MUFON), UFO Magazine, as well as his website www.stantonfriedman.com and also several books (21). His Crash at Corona: The Definitive study of the Roswell Incident focuses on the Roswell incident, in which Friedman was one of the first civilian investigators (21). His TOP SECRET/MAJIC focused on the Classified Operation Majestic 12 documents. His third book The Betty and Barney Hill UFO Experience examined the Hill Case.

Friedman is pro Extraterrestrial Theory. This is evident from his writings but is explained clearly and concisely under the “UFO Challenge” section of his website. It is here where he gives his reasoning defending Extraterrestrial Theory as well as his beliefs that the US government are withholding information. One of the conclusions that he reached was “The problem is NOT that there is not enough evidence to justify my conclusions; but that most people, especially the noisy negativists, are unaware of the real, non-tabloid evidence”.

Friedman researched and fact checked the Majestic 12 documents and came to the conclusion that there was nothing to indicate that they were not authentic. Majestic 12 was believed to be a code name given to the scientists, military personnel and governmental officials involved in the Roswell incident formed in 1947. Majestic 12 (MJ-12) documents included the findings of the US Air Force as he crash site in Roswell as well as briefings to President Eisenhower, however these briefings are still classified and their contents merely speculated. Since the first MJ-12 documents thousands more MJ-12 related documents regarding UFO cover-ups have been leaked but their authenticity have been questioned. There are arguments for and against these documents. For example an argument against the MJ-12 documents includes the denial of the US Air Force that no such group was ever authorized. An argument in favour however states that the National Archives contain a document relating to MJ-12 found in 1985 and it is believed to be corroborative evidence. Friedman also gives many arguments supporting the MJ-12 documents and concludes that many of the counter-arguments are classic UFO debunker responses.

To this day Stanton Friedman is still actively involved in ufology. He promotes the discussion of ufology and the reporting of information. This can be seen most clearly from his website in which he provides his personal email as well as relevant hotlines for reporting information.